THE LOVE THAT DID DARE TO SPEAK ITS NAME

When Olympic diver Tom Daley came out, his video went viral. But he wasn’t the first: one young Australian’s film on the same subject was already an internet sensation. Kim Ho reveals why he made it.

In late 2012, I started writing a short film called The Language of Love, a boy’s internal monologue about coming to terms with his homosexuality. Few people could have expected it to evolve into an internet sensation.

I feel I should explain my situation before proceeding further. In New South Wales, Australia, our state Anti-Discrimination Act still allows certain independent schools to expel, refuse admission to or otherwise discriminate against students who are gay or transgender. To uphold the values and ethos of their institution, many schools with a certain religious affiliation are prepared to ostracise vulnerable youths.

With considerable pride, I can say that my school – a major selective independent – fosters a non-denominational ethos, promoting acceptance rather than merely tolerance. Even in an all-boys environment, students can be openly gay with very few cases of bullying. Our headmaster allowed my “coming out” story to be filmed and my classmates celebrated the fact that I’d created a work of art – the subject matter wasn’t a problem.

In January 2013, I performed the film to camera with a small team and a tiny budget. In April, we released it online. Before long, Stephen Fry had tweeted it, and later Dannii Minogue and Ellen DeGeneres. The film was featured by The Sydney Morning Herald, The Advocate, The Huffington Post, BuzzFeed and Upworthy, and screened at festivals in Shanghai and Cardiff. Most importantly for us, it received an overwhelming amount of positive feedback from lesbian, gay, bisexual and transgender (LGBT) people around the world. Our little project was exceeding our wildest expectations, which made us wonder what else it might be capable of achieving. 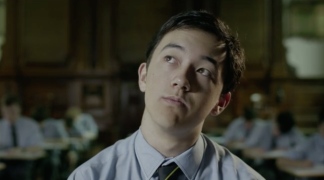 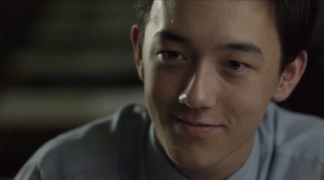 I got a badge, too. For library. It’s gold and shiny…. 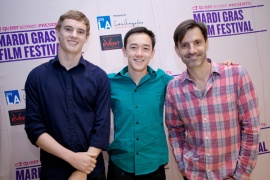 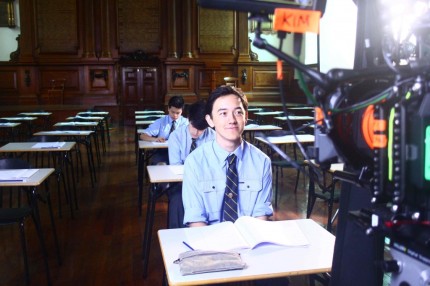 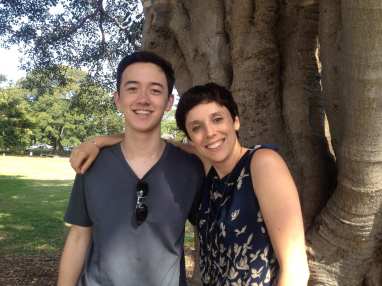 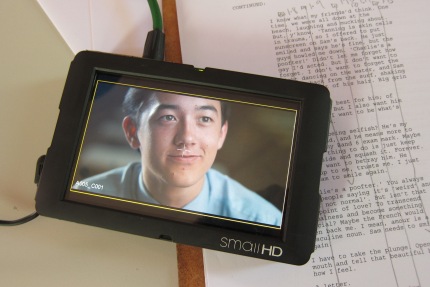 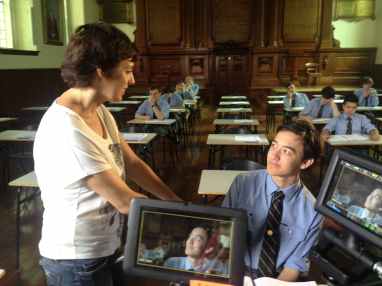 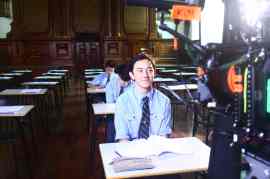 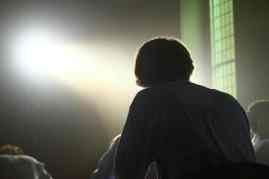 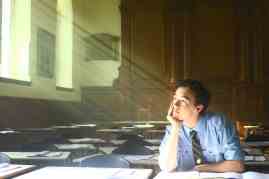 The Language of Love was always firmly rooted in education. As a written monologue, it is part of an initiative run by the Australian Theatre for Young People called The Voices Project, which aims to develop theatrical works written by young Australians that drama students can perform as assessment pieces. However, it quickly became apparent that the work as a film held significant pedagogical value.

I received private messages from gay people saying how it had given them the strength to come out, and heard second hand of a homophobic person reassessing their viewpoint after seeing it. As a result, I believe that film is a very effective medium for social change, and has the potential to profoundly affect the development of ethical mindfulness in children.

Unfortunately, I have also observed a subtle, insidious form of discrimination. Boys will use pejoratives like “faggot”, not against gay people but instead to demean or tease their straight friends. Similarly, words like “retard” and “spastic” have also worked their way into schoolyard vernacular. This phenomenon underscores a kind of careless abuse very common in boys my age. That “gay” is now synonymous with “bad” may simply be a representation of thoughtlessness rather than malice. It is human nature to follow other people’s opinions when you have not yet formed your own; it makes sense that this problem would be particularly relevant to young people.

Moreover, I fear that the anonymity afforded on social networks may exacerbate the problem. On Facebook, I frequently see posts known as “frapes”, when someone hijacks their friend’s account and posts an embarrassing status. It is very telling that, among boys, the vast majority of frapes are false confessions of homosexuality, as if it is the most shameful secret imaginable. As an aspiring writer, I despair more at their lack of imagination than anything else, but this strange ritual nevertheless illustrates a new kind of unthinking prejudice.

I therefore maintain that it is essential to start discussions in controlled environments, to initiate thought and reflection on complex issues like these. I don’t profess to be particularly socially minded at 18, but I’ve found it fascinating to observe the reactions of young people towards The Language of Love.

It doesn’t, on the face of it, look as though it should work. It deals with homosexuality, it’s low-budget and surreal, it has an Asian performer who talks incessantly for 10 minutes with an Australian accent – certainly not the type of attention-grabbing content that young people usually consume.

But somehow the film started a discourse. My classmates were very open to talking about the subject matter. They related to the message of friendship, courage and hope regardless of their sexuality and ethnicity. I think the monologue, its form being inherently personal and confessional, became an instructive exercise in empathy.

During class discussions, it’s unrealistic to expect teenagers to be well informed about everything; we all know they have more important things on their minds. A film is an effective way to establish baseline knowledge, but it’s also entertaining. As my monologue mentions, watching French films to inadvertently soak up the language is a lot more enjoyable than studying verb conjugations. How appropriate that my guiding inspiration was a short film promoting marriage equality, It’s Time.

I suspect that the fictionalised nature of The Language of Love creates a special dynamic with the student. By trusting the audience with his innermost thoughts, my protagonist, Charlie, is inviting a comparison between himself and the individual viewer. “What would I do in his situation?” and “How would I react if this were my friend?” are common responses, and I feel they bring people closer to seeing the personal dimension of this particular social issue. Empathy and understanding are surely key to reducing discrimination.

We are fortunate in Western society to be able to express ourselves without fear of persecution, and educational institutions must lead the way. Some will write young people off as impressionable but I prefer to think of them as the most open-minded individuals on the planet. Change is happening, and schools will be the perfect places to nurture a new generation that is thoughtful and considerate, accepting and kind.